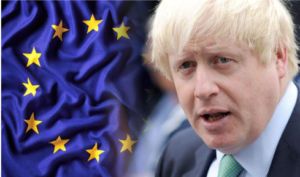 Two weeks before the UK is due to leave the EU, we are pleased to invite you to a presentation by Dr Fraser Cameron,  the Director of the EU-Asia Centre and a Senior Advisor to the European Policy Centre in Brussels.

A former British diplomat and EU official, Dr Cameron will assess the implications of Brexit and the recent British general election for the future unity of the UK. Will Scotland go independent? What are the prospects for a united Ireland?

And how will the EU fare after losing one of its major member states? What are its domestic and external priorities? How will it deal with a rising China? And where does New Zealand fit in?

Dr Cameron is Director of the EU-Asia Centre in Brussels, a think tank seeking to promote closer relations between the EU and Asia. He is a former European Commission advisor and well known policy analyst and commentator on EU and international affairs.

Dr Cameron is a regular visitor to all major Asian capitals to meet officials and speak at events. He is visiting professor at the Hertie School of Governance in Berlin, St Andrews University, Scotland, and the University of Auckland; a Senior Advisor to the European Policy Centre (EPC) and the German Institute of Global Affairs (GIGA); and is also a consultant to the BBC and a number of governments on EU affairs.

This presentation will be on Thursday, January 16, at 6pm, hosted by the Rees Hotel.