At the General Election on October 17, New Zealanders will vote on whether the End of Life Choice Act 2019 will become legislation. 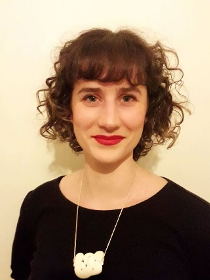 Parliament has passed the Act, but it will not come into force unless more than 50% of voters in the referendum vote ‘yes’.

Dr Jessica Young’s PhD research explored the views of 14 terminally ill New Zealanders who would have considered choosing assisted dying, if it had been available to them.

She will share this research and discuss both New Zealand and international research on assisted dying, with reference to criteria and safeguards in the proposed Act, in an interactive Catalyst webinar on Thursday, September 24. Q and A will follow.

She was to have spoken at Catalyst Trust’s Your Votes – 2020 event in Queenstown in early September, but her flights were cancelled.

Webinar link: https://meet.google.com/ptz-mhov-rjg.  If you haven’t used Google Meet before, you might like to check your video and mike settings prior. Thursday, September 24, 8-9pm. Free.

Dr Young’s research aimed to bring the views of terminally ill New Zealanders views into the debate on assisted dying. This has led to her involvement in a campaign (Yes For Compassion) that shares dying people’s reasons for wanting choice and aims to educate the public by providing trustworthy, evidence-based information on the End of Life Choice Act 2019 in the lead up to the referendum.

Jessica completed her PhD (to be conferred) through the Dunedin School of Medicine, University of Otago. She holds an adjunct research fellow position in the School of Health, Victoria University of Wellington. Her research is at the intersection of sociology with medicine, death, health and illness. Jessica has published widely on assisted dying and received several awards for science communication as well as research excellence.