NOTE: This event was originally scheduled for March 8th however it will now be held on May 2nd due to scheduling conflicts.

The Department of Conservation manages around one third of New Zealand’s land area, including some of our most visited spots and iconic scenery. Legally, it is required to protect fragile ecosystems and threatened species AND manage the ever-increasing demands for access to them.

DOC’s budget is split roughly 50:50 between these conservation and visitor management roles. Criticism – often trenchant and emotional – comes from both sides of this divide. DOC’s director-general Lou Sanson will look at the issues, ways forward and how the community can help. 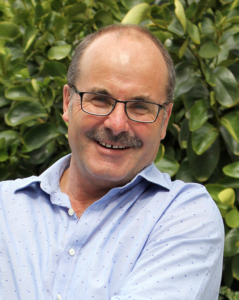 Lou Sanson was appointed as Director-General of the Department of Conservation in September 2013, after 11 years as Chief Executive of Antarctica New Zealand – responsible for developing, managing, and executing New Zealand’s activities in Antarctica and the Southern Ocean.

The Department of Conservation is responsible for managing 8.5 million hectares of public land (approximately 30% of New Zealand’s landmass) and 34 marine reserves.

DOC manages over 14,000km of tracks and 970 huts.  These places are used by 48% of New Zealanders (approximately 1.6 million people) and approximately 30% of overseas visitors (and many more view the iconic scenery from a distance).

During his time at Antarctica New Zealand Lou has overseen the deepest ever multi-national sedimentary science drilling project in Antarctica (ANDRILL) and he led the development of Antarctica’s largest wind turbine project focussing on reducing fossil fuels at McMurdo Station and Scott Base.

Prior to this Lou was Conservator for Southland Conservancy in charge of Fiordland National Park and Stewart Island.

He also led the establishment of Rakiura National Park, the sub-Antarctic World Heritage Area and one of the world’s largest island eradication projects and helped establish a network of marine reserves in Fiordland and Stewart Island.

Friday, May 2nd, 6-7.30 PM, The Rees Hotel Queenstown in the conference room, $5 koha at door. Registration through Eventbrite.