Dr Sanjana Hattotuwa has watched “splintered realities” emerge in New Zealand, as divisive and destructive disinformation and misinformation spread through social, media and political landscapes with the pandemic.

His resultant fears for democracy in his adopted country are based on having seen and studied this in his homeland Sri Lanka, since 2010.

For six months prior to the start of the occupation of Parliament grounds, he analysed often poisonous, conspiracy-propagating threads and live streams as part of The Disinformation Project. The more extreme the comment, the more engagement it gained.

The exchanges he has seen are “so horrific that I don’t think most Kiwis would recognise their country”. They represent a “tectonic shift in Aotearoa New Zealand’s media landscapes and information technologies”. If nothing is done to rein in the online disinformation, he says, the trajectory is chilling for its impacts on next year’s general election and the very foundations of New Zealand’s democracy.

Dr Hattotuwa’s PhD at Otago University analysed how social media can provide insights into democracy and its discontent, as well as peace and its drivers. Because social media can also offer “avenues for peaceful resistance, democratic dissent and pro-social commentary. It’s now inextricably intertwined in contemporary governance, from authoritarian entrenchment to a fuller grasp of democratic potential.” 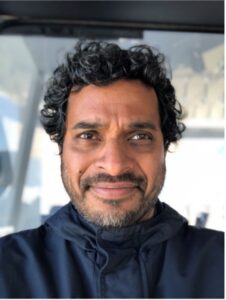 Dr Hattotuwa is a TED, Rotary World Peace and Ashoka Fellow. He has used, studied and advocated social media networks to strengthen peace, human rights and democratic government since 2002. He pioneered the use of social media for activism and citizen journalism in Sri Lanka and started South Asia’s first Twitter and Facebook accounts for civic media and election monitoring, in 2007. He has studied, negotiated and developed policies against information disorders across two decades, in South Asia, Southeast Asia, North Africa, the US, Europe and the Balkans. He regularly gives input to leading social media companies on how they can strengthen platform integrity and prevent abuse. His doctoral research examined the intersection of social media, political communication, propaganda and information disorders in Sri Lanka and how the Christchurch massacre in March 2019 was represented on Twitter.

Thursday, September 1, 6 – 7.30pm in The Rees Hotel Queenstown’s conference room. Registration required via Eventbrite as seats are limited. Please bring cash for your koha. This will be given to The Manaaki Collective, which directly supports those impacted by the online and off-line consequences of disinformation. Masks must be worn. Further info and registration link available on our Facebook and website