Eugenics – the idea that the human condition can be improved by careful breeding, made infamous by Nazi Germany – dates back to at least ancient Greece, Prof Hamish Spencer says.

While the eugenics movement reached its peak in the 1930s, epitomized by the policies of Germany’s then Nazi government, it was influential everywhere in the West, including New Zealand.

The target of most eugenic supporters was mental deficiency. These eugenicists took action to segregate or sterilize individuals whose traits they felt should be weeded out of the population. But they apparently made an astoundingly simple mistake, through the lack of a basic understanding of genetics.

Prof Spencer, Sesquicentennial Distinguished Professor at the University of Otago, will background this anti-eugenics argument, first proposed to expand rather than discredit its scope. And he will discuss how some current debates in medical genetics – like the ethics of prenatal genetic screening – would be enlightened by participants knowing more about the history of this movement.

Friday, October 30, 6 to 7.30 PM, The Rees Hotel Queenstown conference room. Registration is required to ensure your seat and for contact tracing purposes on Catalyst Trust’s Eventbrite page.  Any necessary updates will be notified to registrants and posted on our Facebook page.  Please stay home if you feel sick and observe the requirements of whichever alert level we are at.  Koha collected at the door will be given to Wakatipu Abuse Prevention Network.

More About The Speaker 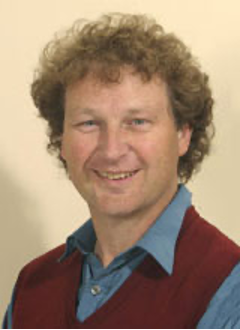 His research interests include the maintenance of genetic and epigenetic variation in populations, population genetics of genomic imprinting, history of eugenics, phenotypic plasticity and New Zealand molluscs.  He teaches a paper examining how social, political, cultural and material conditions shape scientific work and how science, in turn, shapes key controversies and debates in our society.